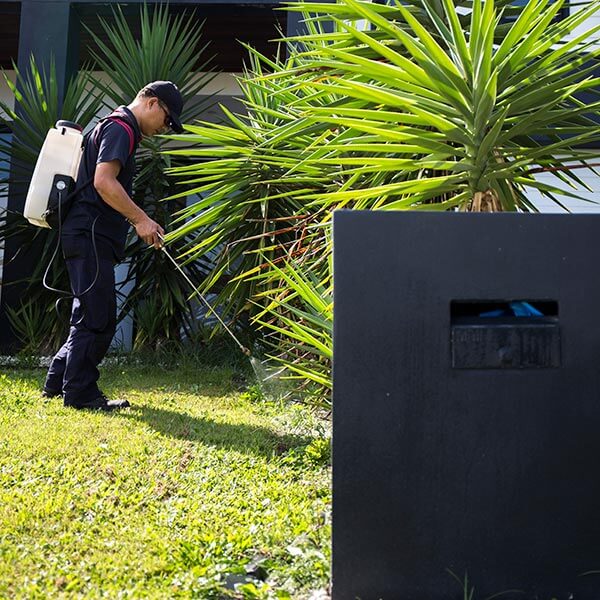 There are three primary destructive species of termites in the Bay Area. Each poses a significant threat to the structures they infest, so letting them have their way always leads to damage that costs significantly more to repair later. If you suspect you have an infestation, then give MightyMite Termite Services a call. We can identify whether there is a problem and create a customized treatment plan for your unique infestation. Eliminating termites requires deep knowledge and expertise. Beyond knowing where to look, our specialists understand the biology and behaviors of each of the species found in our area. Read more about the Western Drywood Termite, Subterranean Termite, and Pacific Dampwood Termites below.

About the Western Drywood Termite

Western Drywood Termites’ preferred method of an infestation is exterior wood fixtures, but they can be sneaky in other ways. For instance, any wood in your home – including second-hand furniture, bed posts, picture frames, and more. Essentially, a small batch of termites can branch out from their colony and start a new one, infesting the rest of your home.

Termites rarely burrow into the sides of wood and prefer to find crevices and cracks. Any builder who improperly constructs corner joists places the future health of the structure at risk due to the ease of which the termite can enter this area.

The Life-Cycle of a Western Drywood Termite

Did you know termites have existed for over 120 million years? They’re a resilient force to be reckoned with, and you need an exterminator who knows how to get the job done. Still, they are fascinating. While the colony matures, they still do considerable damage to the structures they’re burrowed into. But once the colony is two to four-years-old, hundreds of reproductive swarmers emerge from their dwelling. This occurs simultaneously in colonies across the area, a necessary evolutionary necessity to their survival. From September to October, Western Drywood Termites swarm, mate, and infest.

About the Subterranean Termite

Subterranean Termites are particularly prevalent in the Bay Area due to its moist, coastal-adjacent location. They’re destructive and resilient, and it takes skilled exterminators to eliminate them effectively. More than anything else, Subterranean Termites are secretive, yet social, and very difficult to spot without proper training and experience. Their nests are huge and contain a queen, king, swarmers, soldiers, and workers. Each plays a fundamental role in eating away at the stability of your home. The queen and king termites reside in the central chamber. The workers are responsible for feeding them, and the soldiers protect the colony. Winged swarmers are responsible for colonization and reproduction.

The Life-Cycle of Subterranean Termites

Understanding how termites live and reproduce is crucial to developing effective strategies at removing and destroying them. Our knowledge enables us to find and locate the precise source of the infestation and destroy it. The life-cycle of Subterranean Termites is complex. It includes:

About the Pacific Dampwood Termite

As with the Western Drywood Termite, Pacific Dampwood Termites have little need for soil contact if the wood they attack has a high moisture content. Unlike the Western Drywood Termite, they only feast on damp woods. This species is a problem in the Bay Area, especially in counties along the pacific coast. While they’ve been found as high as 6,000 feet above sea level, they prefer the cool and humid climate found in our area, making them a menace in beach homes all along the coast. They attack most species of timber, focusing on structures where they can gain easy access. For instance, they rarely enter wood from the side, instead preferring to begin the nesting process on the ends. So, homes built by inattentive contractors who didn’t build the joists correctly are prone to infestations. This species can even successfully infest piers found waterside. Reproductives – also called “swarmers” – can be found year-round, but the primary swarming season occurs from August to October, meaning many infestations began during those months.

How To Identify a Pacific Dampwood Termite

Colonies contain a social structure, with each distinct type of termite playing crucial roles in the development of the colony. However, food and defense are two of the most critical roles in the colony. Both workers and soldiers help the colony mature and stay safe, and they have distinctive bodily features which can help property owners identify whether they have a problem:

Workers are cream-colored in appearance and possess a distinct spotted pattern on their abdomen. This pattern is due to food lining their intestines.

Soldiers have a large head designed for protecting the colony. The head is lined with black-toothed mandibles (teeth). The coloring varies, but caramel is one of the most common.

How to Tell Whether You Have a Termite Infestation

One of the keys to combating a termite infestation – regardless of the species – is acting quickly. But that can be difficult to do if you don’t know what to look for. One of the reasons we recommend periodic termite inspections is because they act as early detection. However, if you suspect you have termites, there are some signs to keep an eye out for:

Termites can damage all three of these critical structural areas of your home. For instance, if you notice any damaged wood, you could have a problem. Flooring can blister and sag if impacted by termites. Wall cracks occur when the termites consume the cellulose found in the walls. As for ceiling damage, inspect the beams, joists and rafters in your attic for any damage.

Frass is another word for termite droppings. As one of the tell-tale signs of termite infestations, it pays to know what it looks like so you can be an informed homeowner. Termites rapidly consume wood, so their droppings are dry and pellet-shaped. In piles, frass basically looks like peppery-sawdust. The frass itself is not harmful, but it is one of the best ways to tell whether you have termites.

Subterranean Termites often build mud tubes. They require 70 percent moisture, so they can never be too far from a moisture source. Mud tubes are their way of doing so. You can find them along the foundation of your home, close to the ground. Essentially comprised of soil and termite droppings, these tubes can be avoided by removing wet firewood, mulch, wood chips, and minimizing or eliminating soil to wood contact.

MightyMite Termite Services understands your need to get rid of your termite infestation. We know how powerful these seemingly tiny creatures are and the damage they can do. But we also understand your concerns about exposing you and your family to toxic fumes and chemicals. That’s why our team uses least-toxic Integrated Pest Management(IPM) techniques to treat termite infestations. Our commitment to quality service extends beyond the products we use to treat the infestation. We also offer free estimates to all our residential customers. The estimate process is thorough, meaning you’ll receive an accurate diagnosis from our professionals and an exhaustive report containing our findings and recommendations. If you live in Santa Clara, Alameda, Santa Cruz, San Mateo, Monterey, Marin, Contra Costa, or San Benito County, contact us today. We’ll provide termite control solutions and restore secure, termite-free environment to your home.

Call Now
Back to the top