You probably know that termites can be a threat to your home because they eat wood. You might be less familiar with all the animal species that eat termites. Here’s an overview of termite predators:

Hundreds of bird species love to eat termites. Maribou storks, yellow-rumped caciques, Egyptian geese, doves, spotted eagle owls, toto toucans, coucals and chickens will hunt and peck termites while they’re on the ground. Other bird species will catch termites in the air as they swarm. This includes sparrows, black phoebes, swallows, swifts, starlings and weavers. As you might guess, woodpeckers are great at pecking termites out of rotting wood.

The greatest hunters of termites are their slightly larger insect cousins, the ants. Megaponera analis is an ant species that only eats termites, which it does by raiding termite colonies for hours at a time. Besides conducting these extensive raids, ants are known to use other effective tactics such as paralyzing termites with their stingers, and stacking several of them on their mandibles to carry away. Some ants will even live inside a termite colony to have better access to their prey.

Termites are also consumed by nematodes such as roundworms, arachnids such as crab spiders and scorpions, and insects such as  wasps, centipedes, cockroaches, crickets, dragonflies and scorpions. Assassin bugs will raid termite nests and inject them with toxins before sucking them dry. They will also use an empty termite carcass to lure other termites out of their nest because one duty of termites is to dispose of deceased termites.

Ammoxenidae, also known as “termite hunters,” is a small family of spiders with eighteen species in four genera. Ammoxenus and Rastellus live in Africa, and Austrammo and Barrowammo live in Australia. In a 2015 laboratory experiment, one of these species was discovered to eat one particular termite species exclusively: “the species Ammoxenus amphalodes did not accept any other prey, including other termite species. The spiders attacked the lateral side of the thorax of termites and immobilised them within one minute. The paralysis efficiency was independent of predator:prey size ratio. The results strongly indicate that A. amphalodes is a monophagous prey specialist, specifically adapted to feed on H. mossambicus.”

A wide variety of mammals enjoy eating termites. The African aardwolf, which closely resembles the hyena, feeds primarily on them, hunting them by detection of subtle but distinct sounds as well as odors secreted by soldier termites, and using their long tongue (impervious to termite bites) to lick them off the ground by the thousands. Aardvarks and anteaters use their tongues to eat termites out of their mounds. Chimpanzees have developed special tools to extract termites for consumption. Sloth bears of Asia tear open termite mounds to hunt them. Other mammalian hunters of termites include echidnas, foxes, galagos, numbats, mongooses, mice, pangolins, genets, civits, bats, echidnas, moles, shrews, bibbies, and even humans. Members of aboriginal tribes in Australia are known to eat termites as are members of various tribes in Africa. Termites are also used in some traditional medicines. This is a very old phenomenon. Tools made of bone by ancient hominids in Southern Africa appear to have been used to dig into termite mounds, according to wear pattern analysis.

Termites are also hunted by various reptiles and amphibians across the globe. Frogs and toads like to pluck them from the air with their tongue. The western blind snake emits special pheromones that protect it from the termites that make up most of its diet. It punctures their bodies, sucks them dry and leaves the exoskeleton, and also eats termite larvae and pupae. In Africa, termites are consumed by skinks, agamid lizards and giant monitor lizards. In Australia they’re hunted by legless lizards, frill-necked lizards and geckos.

Other threats to termites include a wide variety of parasites, pathogens, viruses, and of course, the pest control experts at MightyMite.

At MightyMite Termite Services, we’re experts in controlling all types of termites in California. We perform termite inspections to ensure that your home is free of termites and work hard to help you keep it that way, using treatments that are naturally derived and have a low impact on the environment. We diagnose and treat infestations with the most effective methods and unmatched warranties, solving your termite problems the first time, with an industry-best “no call-back rate.” That, combined with our experience, technology, and highly trained professional staff, makes us the leading extermination company in the Bay Area. We understand that your home is your most important investment, so we work hard to provide excellent service, utilizing best practices to solve our customers’ termite problems in Northern California. For more information, call us today at 408.335.7053, email Info@mightymitetermite.com, or contact us through our website. 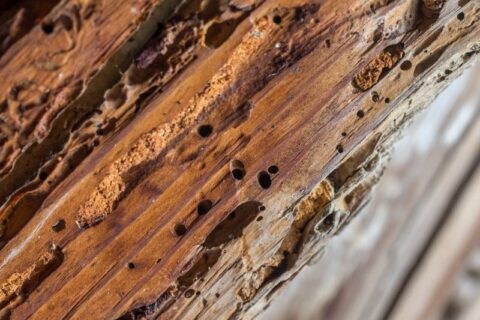 Your Guide to Safeguarding Your Home Against Termites
The well-known fact about termites is they target and feed on wood. Termites can cause… 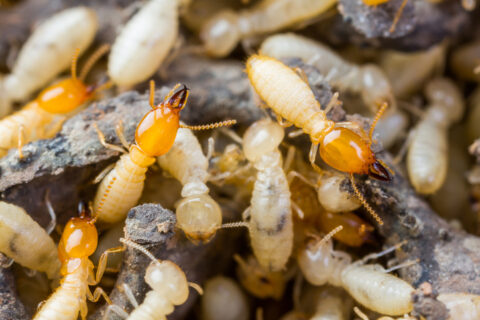 There are a number of pests that pose a serious threat to your home or office building. Among the most damaging is termites. If you own or manage a…