The San Francisco Bay Area is well known for its cool summers and Mediterranean-like weather. In the summertime, the Bay Area is naturally cooled by cold fronts and often creates fog because of the warmer water temperatures. While this can be great for your energy bills, there could be a silent intruder that is also benefiting from the cooler summers both inside and outside your home: termites.

It is important to understand that the seasonal weather in the Bay Area helps termites thrive and their colonies to expand. Termites do not discriminate when it comes to food. All they want is wood or any other type of cellulose-based material like paper, drywall, cardboard, and so on.

As a result, termites swarm at different times throughout the year, with the summer months typically being the most active. Since many species are more active in the summertime, not to mention we tend to spend more time outdoors, it makes finding termite locations and infestations easier.

Let’s take a look at the different termite species that call the Bay Area home and when these species normally swarm.

The desert subterranean species will swarm anytime from July through September. They typically swarm in the evening hours after a rainy summer day. You might notice them flying around outdoor lights or, if they are in the house, flying into the TV screen or overhead lights.

The arid-land species is another subterranean termite you need to worry about. This species can swarm in the fall before the start of the rainy season in November. Yet, this species will also swarm in the late winter and early spring after the rainy season ends. You can spot these swarmers during daylight hours, and they could be intermixed with the western subterranean swarms.

Desert Drywood Termites like to swarm during the warmer months. However, they dislike swarming in direct sunlight and swarm at night. Swarms can start as early as June and go through September. Just like the desert subterranean cousins, they are drawn to lights.

Western Drywood Termites tend to swarm in late summer and into the fall months from July through September. Prior to swarming, there has to be a period of rain, so, if it is dry all summer long, they might not swarm until after a good shower in the fall.

The Pacific dampwood termite species prefers coastal areas but has been found at higher elevations. They also prefer to swarm at dusk as the sun is setting. They normally swarm anytime from August through October.

Swarms can occur anytime from May through September, but they can also occur at other times of the year. Swarmers are normally spotted in the early evening right after the sunsets.

As evident, many species of termites are very active during the summer months, which threatens your home. Swarms are how termites expand their colonies and establish new ones. It is not uncommon for a primary colony to support one or more sub-colonies until they are sufficiently populated.

What Is the Difference Between Termite Species?

There are a few differences between the various termite species that determine how colonies are established and maintained. Knowing these differences can help you look for signs of termite activity around your home and why it is important to call in a termite inspector for further help.

Why Termite “Seasons” Are a Myth

You may have heard there are specific “seasons” for termites, but this is a myth. This myth started because termites are easy to find and discover when they swarm—although, as we mentioned, termite species swarm at various times throughout the year, so there is no set “season.”

Furthermore, termites can swarm indoors at any time of the year, as long as the conditions are right. There have been cases where subterranean termites have swarmed in the middle of winter!

Another reason there are no set “seasons” is that all species of termites are active 24/7. They constantly work at eating away and destroying any wood they have found as a food source, including your home.

How Much of a Risk Are Termites in the Bay Area?

Contrary to what you may think or what others have told you because the weather in the Bay Area tends to be milder than other parts of the state, termites are a major threat to your home. California is among the eight termite high-risk states, along with Texas, Florida, Louisiana, Alabama, Mississippi, Georgia, and South Carolina.

If you do not have a termite exterminator perform regular inspections and use preventative treatments, it is only a matter of time before you are faced with an infestation. Keep in mind, damage to your home caused by termite infestations is NOT covered under your homeowner’s insurance policy.

If you notice any of the following around your home, you have a termite emergency:

Prior to calling a termite company to schedule a home inspection, there are a few things you should and should not do. 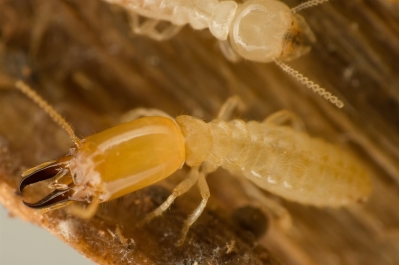 Even if you have not noticed any signs of termite activity or swarms around your Bay Area home, it does not mean they are not present. The only way to be 100% sure your home is not infested and to keep termite colonies outdoors under control is with regular termites inspections from the termite exterminator experts at MightyMite Termite Services.

For further questions and information about termites, or to schedule an inspection of your Bay Area home, call us at 408-377-3761 now! 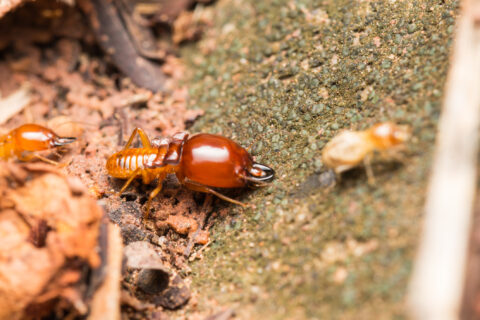