Many insect species have sophisticated societies, where specific members of a colony have specialized roles. Scientists have long understood the behavior of termite colonies, but a recent discovery has members of the scientific community scratching their heads.

In a typical termite colony, there are soldiers, workers, nymphs, and larvae, and each has a specific role. Soldiers defend the colonies; workers build tunnels and chambers and are responsible for feeding and grooming the other termite castes.

The life cycle of a termite begins with a mating flight, where swarming winged reproductive males and females leave established colonies to go off and attempt to establish their own new colony elsewhere and procreate. After, the winged termites land and shed their wings. These termites then become the king and queen of their newly established colonies. The queen and king termites are at the center of the termite life cycle and are responsible for reproduction and building the entire colony, but what if the king isn’t needed?

Researchers in Japan have recently discovered an all-female termite colony. Unlike species that live in same-sex colonies but require a male for reproduction, there were no male termites to be found in the colony. So how is this possible?

Some species of bees and ants live in all-female colonies, but they still require males for reproduction. The hybrid termites from Japan are unique in that the males are completely absent. According to scientists, the females in these colonies have developed the ability to reproduce asexually, to in effect clone themselves without the services of a male termite.  Asexual reproduction is enabled by parthenogenesis, in which an embryo spontaneously appears in an unfertilized egg cell.

According to scientists studying these colonies, the all-female colonies are most likely a result of accidental human-aided hybridization. They explained that “intraspecific hybridizations between sexual lineages having different chromosome numbers,” authors write. The scientists hypothesize that females from one colony interbred with males from another colony. This happened at some time during the last century as one lineage was unknowingly transported from a smaller island to mainland Japan, probably by boat. This underscores the danger of different species migrating from one continent to another.

The presence of these all-female colonies suggests that males aren’t always needed to maintain complex animal societies, in what is a fascinating discovery. These all-female hybrids appear to be stronger than their non-hybrid versions, which creates a danger for other termite species. Since the females clone themselves, they don’t need males to procreate. These asexual colonies, therefore, can grow at twice the rate of similar sexual populations.  With the rapid colony growth, they can take over habitats from other species’ colonies and can create problems in controlling their spread, as only females are needed for reproduction.

This ability of the termites to evolve into stronger and more dominant varieties is troublesome. Termites are hard to eradicate once they’ve established a colony and because it’s so important to protect a property from termites, scientists are having to develop new treatments to prevent their infestations.

When dealing with termites, it’s best to be proactive rather than reactive, but preventing or eliminating a termite infestation is not a do-it-yourself kind of project. The smart way to go about it is to have your home or business treated by licensed and experienced professionals to either prevent the establishment of a colony or eradicate one that’s already present.  Preventative treatment can help protect you from the significant damage brought about by a termite colony.

When dealing with termites, you can depend on the professionals at Mighty Mite Termite Services. Our licensed trained technicians provide termite control and wood repair services for both residential and commercial properties.

As a leading termite company in the Bay Area, we pride ourselves on saving our customers time and money. We take the time to inspect your property with care and precision; we don’t just throw up a tent and hope we solved your problem. We diagnose and treat infestations with the most effective methods and unmatched warranties. Our expert team can get rid of troublesome termites without tenting, using state-of-the-art low-toxicity chemical methods, so that you don’t have to move out and pay for a hotel or for boarding your pets. We solve your termite problems the first time with an industry-best “no call-back rate”.

As the leading termite extermination and wood repair company in the Bay Area, we have the experience, technology, and manpower necessary to handle any commercial or residential project. For more information regarding our services or to schedule a free estimate, please visit our website or contact our office at 408-335-7053 today! 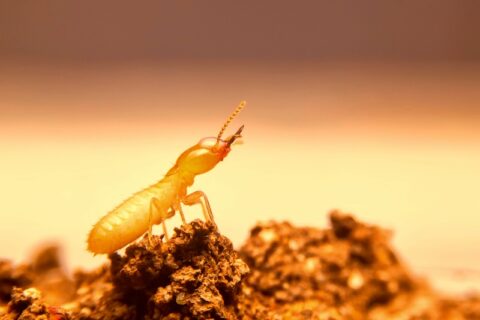 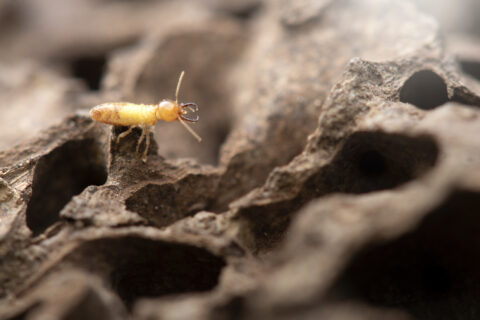 Termites are highly destructive creatures, causing over $5 billion worth of damage every year in the United States. Of course, some states are more…