Termite colonies begin to emerge across the nation during the spring and summer months. Drywood Termites are more common during warmer weather because they prefer higher temperatures. If you’re a homeowner, this means termite prevention should be added to your springtime and summertime to-do list. The expert team of termite specialists at MightyMite Termite is your premier guide to identifying common types of termites and protecting your home from termite infestation in the Bay Area, CA. Termite populations become more prevalent during spring and summertime because they swarm to attempt to form new colonies during warmer weather, so homeowners need to be diligent with effective termite prevention.

How Termites Begin to Infest and Cause Damage

Termites can be a nightmare for homeowners because they can cause significant structural damage to property for quite some time before the infestation is noticed. Since termites are so small, they’re difficult to detect to the untrained eye, and you’re more likely to notice the damage they cause before you spot the termites themselves. When temperatures start to rise, winged drywood termites called swarmers begin to explore habitats suitable for establishing a new colony. Although swarmers can be confused with flying ants, these types of termites can be identified because they shed their wings, whereas flying ants do not. There is another species of termites called Subterranean termites.  Subterranean termite colonies reside underground and gravitate towards moisture near a home’s foundation. Crawlspaces, basements, and other areas where excess moisture and humidity can accumulate along the foundation are particularly susceptible to subterranean termite invasion. They’ll also hunt for vulnerable structural areas like leaks in a roof, cracks in the walls, and exposed areas in doors and windows. Some of the telltale signs of a termite infestation in or around your home are:

Termites That Pose the Biggest Threat to Homeowners

Many species of termites have been discovered throughout the U.S., but certain types of species are known to populate in fixed regions of the country. In the Bay Area, three common species of termites can typically be found and pose threats to homeowners. All types of termites can inflict damage to your home in a relatively short period of time, and each species can behave in a distinct way that is unique to only their species, which makes choosing the most appropriate and effective control method a major challenge. The professionals at MightyMite Termite are experts at diagnosing and treating infestations of all species of termites, including the five three types most commonly found in the Bay Area – Subterranean termites, Drywood termites, and Dampwood termites.

The Subterranean species of termites are particularly prevalent in the Bay Area because of the moist climate and are responsible for the majority of termite destruction in the U.S. These resilient pests require access to plenty of moisture, living in-ground soil in or around the foundation of your home. They form distinctive tunnels, or “mud tubes,” for protection and to travel in search of food sources, feeding on wood or other material containing cellulose, such as paper, cardboard, and many other commonly used products. Subterranean termites pose a significant threat to the structural integrity of your home if left untreated because the size of their colonies can reach as many as two million individual members that never stop consuming.

Dampwood termites are common to humid climates, including along the coast of the Bay Area, and focus on structures where they can gain easy access. As its name suggests, this species finds shelter and survives in wood with high moisture content. They don’t require contact with soil, especially if the wood material they invade is rich with moisture. Dampwood termites aren’t typically known to infest homes and can usually be found dwelling in dead trees, decaying logs, rotting stumps, utility poles, and untreated fence posts.

Homeowners must still take measures to prevent attracting Dampwood termites by addressing water-damaged wood inside the home and removing issues that contribute to excess moisture around the property. Plumbing leaks, inefficient gutter systems, and improper ventilation in crawlspaces, attics, and basements can draw Dampwood termites to these areas of the home. Their destruction can easily go undetected due to their consumption behavior – they often devour wood across the grain and cover entry points with their waste, leaving a clean and smooth surface. Dampwood termites can enter homes through wood that meets damp soil and cause extreme structural damage by hollowing out support beams.

Drywood termites typically favor warmer areas along the coastline and are highly concentrated in the Bay Area. Unlike Subterranean species of termites, Drywood termites dwell directly in the wood they devour instead of colonizing underground because they require very little moisture to survive. They are not particularly picky about the wood they inhabit and often establish their colonies within roofing materials, wooden floors, and wooden support beams.

Drywood termites pose their own distinct challenges since they nest within the wood itself. Exposed wood, cracks, and crevices in exterior structures like roofs, attics, rafter tails, eaves, door and window frames, decks, and railings are all susceptible to Drywood termite infestations. They are incredibly sneaky due to their ability to transport to new locations and establish new colonies using any type of wood inside your home, which can include bedposts, picture frames, and other kinds of wooden furniture. Reinforcing structural weak spots, sealing cracks and crevices in the roof, walls, and around the foundation, and storing firewood at least 20 feet away from the home are great ways to avoid Drywood termites.

Our team at MightyMite Termite are the experts who specialize in accurately assessing, diagnosing, and treating all types of termite infestations. We have an extensive understanding of how these pesky invaders behave and are equipped with various methods of eradicating them safely and responsibly. Since 2012, we have been providing effective termite control solutions to residents in the Bay Area. If you suspect your property might be suffering from a termite infestation, contact us right away for a free inspection. Our extermination services are 100% guaranteed to solve your termite problem and protect your home for up to two years. For more information on termite infestations, contact our professional termite services at MightyMite Termite today! 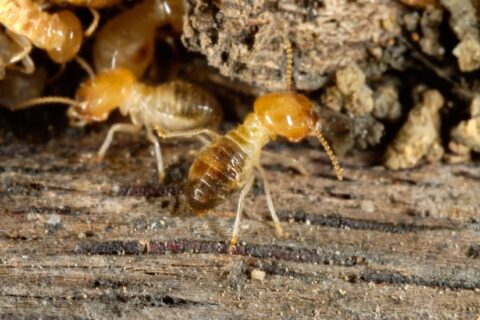 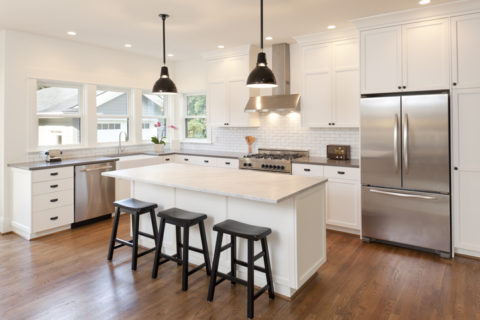