If there’s one thing we know about termites is that they are survivors. Even though they live in a delicate ecosystem, in wood in your home, or deep in the soil, exposed to predators and fungi, they seem to be virtually indestructible. If you’ve ever had a termite infestation in your home, you probably feel like they’re very difficult to kill. But how long do termites actually live? This isn’t a question that’s easily answered, because there are a number of different factors involved in the longevity of a termite.

The first thing that comes into play when you’re talking about termite lifespan is the type of termite that you’ve encountered. If it’s a worker or soldier termite, it may only have a lifespan of about one to five years. If you think about the fact that many other insects live for just weeks or even a day, that’s still a pretty long lifespan for an insect! The queen termite is a different story, though, and she can live for decades. Here’s the lowdown on the termite social structure and how long you can expect termites to continue living if left undisturbed.

Termite colonies are established by a king and queen. During swarming season, winged reproductive termites, known as alates or swarmers, leave their established colonies and fly off to seek mates and new homes. They pair off, drop their wings, and ride off into the sunset together, king and queen of their new colony, where they live happily ever after. This would sound like a fairy tale, of course, if we weren’t talking about termites!

Once the king and queen have established the colony, the queen gets to work laying eggs. These eggs are well-protected, hidden deep within the termites’ nest. The queen can lay 1,000 to 2,000 eggs each day, for a total of about 9 million eggs over the course of her lifetime. Late in life, she’ll give birth to “secondary reproductive” termites, who will also begin laying eggs, so that the egg production never slows as long as the colony exists.

The eggs are taken by worker termites to incubation chambers, where they’re tended until they hatch. It takes about 26 days for termite eggs to hatch. Once the larvae emerge, it takes them a few months to mature into adult termites. They’ll go through several different molting stages, and will evolve into different castes of termite. Some will become workers, some soldiers, and some alates, or reproductive termites. Typically, no alates develop until a colony is quite well-established, usually about three to four years. Alates are the termites who either become secondary or tertiary reproductive termites or fly off to seek new homes. Soldier termites are responsible for guarding the colony and fending off attackers. Worker termites? They’re responsible for just about everything else. They care for the eggs and the young termites, build tunnels and dig out galleries, repair the nest if there’s damage, forage for food, and feed all of the other termites. They also step up to help defend the colony when they’re needed, and they groom their nestmates. This may be why they have the shortest lives of any termites in the colony!

Of course, when a single worker termite dies, it doesn’t make much of a difference to the colony. Termite colonies can be huge, covering a very expansive territory. In fact, some termite colonies can have hundreds of thousands to millions of members. Scientists studying termites have determined that in some areas, there can be more than 20 colonies per acre. That’s a lot of termites, so it’s easy to see that the death of a few wouldn’t really make much of an impact.

The queen termite lives for decades, continuing to lay eggs and produce offspring, and the king and queen emit pheromones that keep the other termites sterile. The king termite typically lives for about seven years. Of course, this nuptial bliss is sometimes interrupted when something happens to the queen. In the event that the queen dies, the king produces pheromones that stimulate the development of one of the young termites into a replacement queen. In most cases, though, the queen outlives the king by many years, and when each king dies, she does the same thing, emitting pheromones to create a replacement king.

It’s a fascinating social structure, but what does this have to do with the general lifespan of a termite? Simply this: the lifespan of a termite is insignificant compared to the lifespan of a termite colony. If you think about this system, where millions of members of a civilization thrive because each knows its place and its responsibilities, and the ones responsible for procreating can produce their own mates indefinitely, it’s easy to see how termite colonies can grow for many decades. In some colonies, the queen produces hundreds of secondary and tertiary reproductive termites, and the colony grows exponentially in a remarkably short span of time. What’s more, if it’s not interrupted by a major climactic event, predators, or human interference, this colony can continue nearly forever.

Termite colonies serve a valuable purpose in nature, clearing away dead wood and replenishing the soil in forests, but it’s easy to understand how termites can cause so much damage to homes and businesses. In fact, termites do about five billion dollars worth of damage to structures in the United States each year. The key to protecting your home from these tough and tenacious little pests is to be proactive, calling in an expert to help with preventative termite control before you have an infestation in your home.

If you’re looking for a reliable termite company in the Bay Area, look no further than MightyMite. At MightyMite Termite Services, we’ve earned a reputation as experts in California termite control. We perform termite inspections to ensure that your home is free of termites and work hard to help you keep it that way, using treatments that are naturally derived and have a low impact on the environment. We diagnose and treat infestations with the most effective methods and unmatched warranties, solving your termite problems the first time, with an industry-best “no call-back rate.” That, combined with our experience, technology, and highly trained professional staff, makes us the leading extermination company in the Bay Area. We understand that your home is your most important investment, so we work hard to provide excellent service, utilizing best practices to solve our customers’ termite problems in Northern California. For more information, call us today at 408.335.7053, email Info@mightymitetermite.com, or contact us through our website. 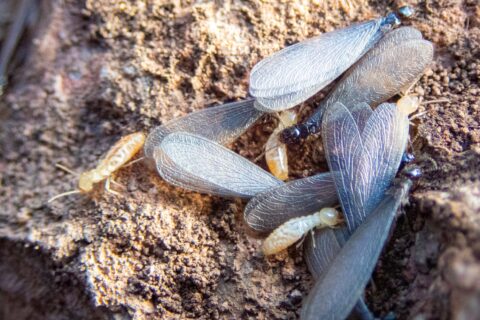 Looking at a termite, which insects would you assume are its closest relatives? Most people would probably think of the ant. After all, termites look… 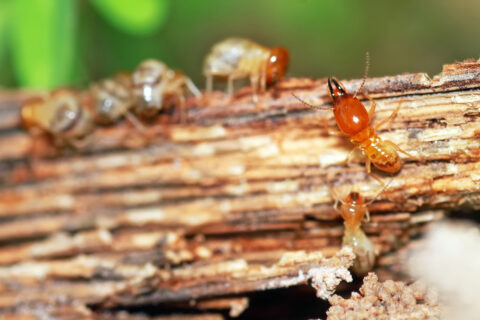 If you were to look into the stomach of a termite under a microscope, you’d see a multitude of small specks moving around. Would you assume those…