Termites can be a major headache to homeowners, but people are often unaware of the specifics regarding their activity and the signs that they are in your home. The more you know, the better prepared you can be to prevent them, and, when needed, eradicate them through means such as orange oil for termite control.

There are two major types of termite: drywood, which are found in warm, Southern states; and subterranean termites, which can be found throughout the country.

Termites enter homes through unsealed or cracked foundations. They live in and feed on wood, and, as they feed, they burrow, creating mazes and tunnels. By eating into parts that are fundamental to the stability of your home – support beams, wall studs, floor joists, and more – they can, over time, cause instability and structural damage. All told, termites cause several billion dollars of damage to U.S. homes per year, according to the National Pest Management Association

Knowing what to look out for can help you avoid a major infestation. If you know the signs, you can take action early to prevent extensive damage. Be on the lookout for:

Dry, brown, pencil-sized tunnels near the foundation of your house, or near other food sources, such as a tree or shed. Subterranean termites build these because they need protection from the elements when they’re not underground.

How You Can Prevent Termites and Deal With Infestations

To lower the threat of termites, remove scrap wood from near your house – woodpiles can potentially be feeding grounds for them.

If you suspect an infestation, it’s not the end of the world. Termites take a while to destroy a house past the point of no return.

Though there are do-it-yourself solutions to termites, it’s difficult to gauge if you’ve done a thorough enough job treating all problem areas, and there may be health risks associated with treating the problem yourself. Instead, consult professionals such as MightyMite Termite Services – we employ the most proven methods for dealing with termites, including orange oil termite treatment. 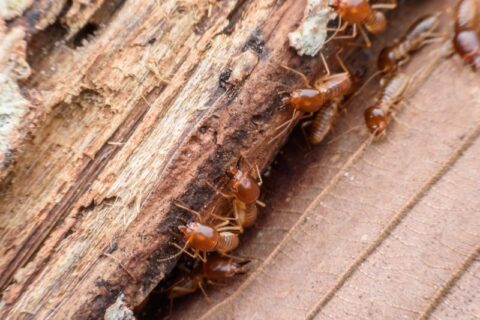 As the weather warms up, you might notice some termite wings in your window sills or around your door frames. How long have those things been there?… 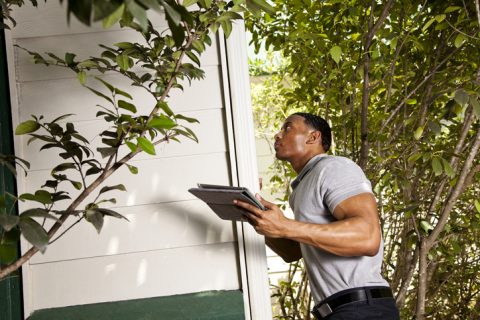 You may have heard that termites cause billions of dollars of damage to homes and businesses each year. Maybe you had a termite inspection when you…